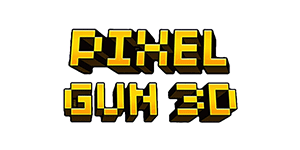 Pixel Gun 3D is a multiplayer game featuring blocky shooting. Enjoy yourself in this cooperative 3D first-person shooting game with a blocky design. It is where Minecraft meets Free Fire. This game was first published in 2013 and downloaded over 100 million times. It has since had multiple upgrades and feature improvements such as additional maps, modes, weaponry, and a myriad of other things. Pick a blocky avatar and aim to accumulate as many hits as you can in this great multiplayer experience. The game provides its players with hours of entertainment with frantic shooting fights and a variety of stunning weaponry. Select a location from Europe, America, or Asia to begin a new match. Then, check through the list of public matches and select an appropriate game with free slots. After that, gamers will enter the match and begin battling.

You’ll get access to more than 11 various gameplay modes at Pixel Gun 3D, featuring Death Match, Raid, Arena, Duel, Co-op, Campaign, and plenty more. Generally, the gameplay is pretty fantastic; it’s exciting and addicting. Pixel Gun 3D, like so many other action games, employs simple FPS mechanics. When you play offline, you’ll get the thrill of finding stuff that you will not get in other Shooter games. And if it’s multiplayer battles, you’ll be able to feel the excitement and adrenaline of a pixelated Battle Royale. The Multiplayer mode where people compete to be the last pixel figure remaining. Also, there is a Survival mode where you can fight various monsters and practice your shooting. You can try their latest Imposter mode too. Play it and apply our Pixel Gun 3D promo codes to get rewards and weapons.

Pixel Gun 3D has one-of-a-kind landscapes in a variety of forms and sizes. The maps make the battle more exciting and add a layer of strategy. To assure your conquest, you’ll need to devise unique designs for every map. There are over 100 maps available, including Bridge, Castle, and Crash. Bridge, for instance, includes a large bridge in the center of the level that players may utilize as an observation position to shoot down on opponents moving along the terrain. You can see which map is presently in the cycle while picking a server to participate. Gamers may even build their private password-protected servers. It allows them to train with their teammates before entering a multiplayer battle and displaying their new abilities on the opponents! Moreover, to fight with the onslaught of swamp creatures, gamers will have over 800 unique weapons at their disposal. Plus, using one of our Pixel Gun 3D promo codes can also help you get exclusive gears.

Get rewards by joining clans and protecting loots!

Players in Pixel Gun 3D can build their personal clans and combat each other, a fantastic feature. You can utilize the collective might to defend the Clan Castle from invading forces and pillage other castles for lucrative rewards. Additionally, you’ll have entry to the Clan Chests, which contain materials that may be used to upgrade the castles. Upgrade and modify your Fortress to withstand invasions and build a formidable garrison to raid the castles of other Clans. Participate in clan wars, capture regions, dominate the massive global battlefield, acquire bravery rewards, and generate income from the territories to win the battle. Also, remember to apply our Pixel Gun 3D promo codes for massive discounts!

The game has an excellent pixelated visual style comparable to the popular Minecraft. Although it is a Shooter game, Pixel Gun 3D excludes bloodshed and gore images. As a result, it’s suitable for people of all ages. Furthermore, even with pixelated visuals, the special effects of gunfire and weapons collisions are incredibly realistic. As you play the game, you will feel like you are on a battleground. The whole interface is also reasonably remarkable since the game runs smoothly overall. You won’t get any severe delays or pauses even on a low-end system. Play the game and use our Pixel Gun 3D promo codes to enjoy more discounts.

This promo code give alot gems

Keep using the code to get 100 Coins and 50Gems

Open the game, or go to the official website https://pixelgun3d.com/, locate and tap on the menu option. See the Coupons option, select it, input one of our Pixel Gun 3D coupon codes in the blank field, and collect the reward.

How to receive the latest Pixel Gun 3D promo codes?

You can follow the Pixel Gun 3D page on Facebook, Twitter, Instagram, VK, or Discord to obtain extra coupons, news, and announcements. We try our best to collect them throughout the web and provide a list on our website. Therefore, you can bookmark our website and come back often to keep up with the latest coupons! Also, subscribe to our newsletter to get Pixel Gun 3D coupon codes in your email. We will provide you with the top list of Pixel Gun 3D discount codes in one place.

How to contact the Pixel Gun 3D customer support?

If you have any questions regarding Pixel Gun 3D, the easiest way to contact them is via the game. To get in touch with the staff, simply start the game, navigate Settings, and select the 'Help' icon afterward. They also have a FAQ section that can solve your issue. You can also contact them through Mail, VK, Discord, Facebook, Instagram, and Twitter.

Can I get a refund in Pixel Gun 3D?

There are no refunds unless requested via Google Play immediately after purchasing.

I ordered something but haven’t received it, what should I do?

Give it at least 24 hours to check if the order is completed or not. If it hasn’t gone through after 1 day, specify what you were buying and your user ID. Plus, you have to provide evidence of payment, like your transaction records or online confirmation, which will be in your mailbox. Cropped or modified screenshots are ineligible.